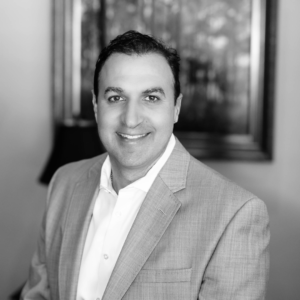 Deno is the President of River North Strategies.

Travelers are finally going to experience some respite as life is returning to (almost) normal at Jacksonville International Airport during the holiday season.

As satellite parking lots have reopened Thanksgiving amid the COVID-19 pandemic, airport officials have said that the respective health & safety precautions are going to be put in place.

Michael Stewart – Director of External Affairs at Jacksonville Aviation Authority, said that they are expecting a little bump in the overall air travels on Thanksgiving & Christmas. As such, they are preparing both the inside as well as outside premises of the airport for the sudden rise in the number of holiday travelers. To ensure maximum comfort and safety of the travelers, the airport is going to reopen parking lots while expanding food services that had not been lately receiving any traffic.

He added that parking and concessions are going to be the point of real challenges during the holiday season. For the same reason, the airport has made almost half of the concessions open in the hope that they are going to remain open for the Christmas season.

There is no denying the fact that COVID-19 has hit air travel in the hardest possible manner across the world. In April of 2020, the Jacksonville International Airport only witnessed around 27,043 passengers flying in comparison to the whopping number of 624,341 passengers during April 2019.

Stewart added that they expect that for the first few days of Thanksgiving, they might end up hitting around 7,000 passengers. They hope that during November, not only Jacksonville, but the entire country might observe the highest number of air travelers in the system since April. This is going to be a good boost for the local economy and that of the entire United States of America as well.

The sudden drop in the overall airline travels during the spring season had forced the Jacksonville International Airport to significantly reduce rates at the respective parking areas. At the same time, it also went ahead with shutting down its satellite lots in April. This is because no one was using them. Now, Economy Lot No. 1 is going to be reopened from 6 am to 6 pm on November 25th for the arrival of Thanksgiving.

Stewart said that they will be opening up for one day to allow the passengers to come in. They are expecting that the area is going to be filled on the first day.

All the vehicles that will be parked in Economy No. 1 will need to be moved by November 30th.